Holding the Internet in the Palm of Your Hand 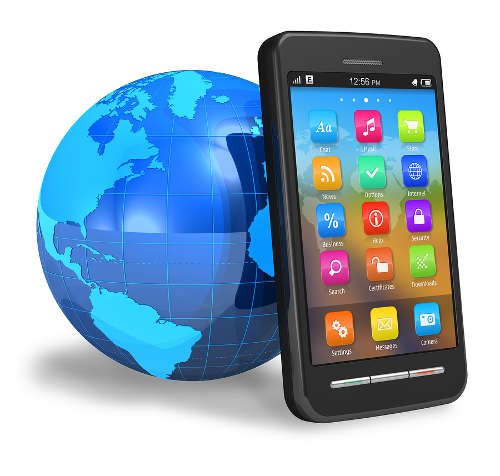 WAP is an acronym for Wireless Application Protocol. WAP allows cell phone users to access the internet directly on their mobile phone through their cell phone network. Using WAP, a person can do all of the following, directly from his or her cell phone:

Cell phones that are equipped with WAP can access several sites on the internet, so long as those websites are written in Wireless Markup Language (WML) or WMLScript, languages especially designed for WAP devices. Sites written in WML will have the same information as their counterpart sites written in HTML and XML, but will be simplified so that they operate well on small screens – one of the parameters of a WAP browser. For instance, a webpage that a user accesses on his home computer will look different from that same webpage accessed on his cell phone because the webpage displayed on his phone will be written in WML. This means that the images and text displayed on his cell phone may be as simple as two-line text displays or as complex as animated graphic screens. However, the graphics available on a WAP page will still be small, as WAP browsers must have small files sizes to accommodate the low memory of handheld devices, and the bandwidth limitations of a handheld wireless network.

In order to surf the web on a WAP cell phone, a user chooses options by pressing buttons on the phone, or in the case of a smartphone, like the iphone, by using a touch screen. To type emails, a person uses the phone pad, much as she would if sending a text message. However, some other smartphones, such as the Helio Ocean, allows users to slide out the top portion of the phone in order to access a small keyboard or number pad underneath, which makes typing word processing documents or emails much easier.

The beauty of WAP cell phones lies in a user’s ability to multitask while using them. If a person is surfing the internet on her cell phone and receives an incoming call, she can answer the call without ever closing her internet browser, thus allowing her to return to the exact webpage she left as soon as the call is over.

What wireless networks does WAP work with?

What operating systems is WAP supported by?